Breaking the Stigma: Cannabis is the New Alcohol

If you’ve been following cannabis news lately, you’ve likely read about the latest anti-legalization crusader, his book, and the big media outlets that gave him a platform to spew ideas about cannabis causing schizophrenia and increasing violence in states where it was legalized. He’s another reminder that the battle for legalization is far from over.

There’s a lot to unpack regarding the history of cannabis in the United States, its prohibition, and its ties to systemic racism and the prison industrial complex. I can’t do all of that here, but I can mention that the government still classifying it as a Schedule 1 drug means research into cannabis and its medicinal potential is limited and vulnerable to attacks like this current iteration of reefer madness.

I can also say that the cannabis industry is full of people who have found their way to this plant through illness, pain, and trauma, and they have reaped many health benefits from it. Their anecdotal evidence is valuable in the fight towards legalization. It also reminds me how important it is to question why alcohol is legal everywhere when cannabis is not. Have you ever met a person who treated their epileptic seizures with hard liquor? How about one who quelled their chemotherapy-related nausea with beer? I smoke cannabis before running a few times a week; I’d never run five miles-after drinking. Cannabis and CBD are proving effective in everything from anti-inflammation to stress relief. Yet we still have heated debates about the state of our country and protecting our children from this evil drug. All the while, the folks clutching their pearls pour another themselves cocktail.

As a writer, I consider myself something of an expert on alcohol. Many of the most celebrated writers were alcoholics. It wasn’t until my mid to late twenties that I really considered what alcohol does to your creative output, and how much of a difference it made when I started exploring cannabis for creativity and stress-relief.

The Glorification of Alcohol is Outdated

But that’s my story. There are countless others, from Rosebud CBD founder’s Alexis Rosenbaum’s journey to homeostasis to Cosmic View founder’s Nicole Skibola’s diagnosis of a rare endometrial cancer. We have to keep telling our stories because openness, sharing, and education are all components of breaking the stigma that shrouds cannabis and prevents deeper research.

If you’re not here for the personal accounts of the benefits of cannabis, consider the links between alcohol and outbursts of anger or sadness or the long list of consequences of heavy drinking like liver and heart damage.

I’m not writing this as someone saying we should go back to alcohol prohibition too. I love a glass of wine with dinner and a cold beer on a summer night. I simply hope that people question why it is that we demonize cannabis—though it is being shown more and more to be something of a miracle plant—but we glorify alcohol through Super Bowl commercials and celebrity endorsements. Can you imagine what it would feel like to see a cannabis commercial instead of a commercial for prescription medications? Instead of the horrific list of side effects at the end, you’d have munchies and unexpected naps.

The Many Benefits of Cannabis

Cannabis has the potential to be both a medicine and something for safe recreational enjoyment. Yes, cannabis can be a medicine and a vice. Anything can be addictive. The good news is that cannabis does not cause hangovers and you can’t overdose on it. We need to keep reminding people of that. Our branding, marketing, and storytelling must emphasize all the good it has already done, even in the face of governmental interference and societal stigma. For those of us who are fortunate to have access to legal cannabis, we can start making small changes to lessen our usage—and in some cases, dependence—of alcohol and increase our intake of cannabis. Instead of a drink to wind down at the end of the day, consider a CBD tincture instead. Cannabis may help you sleep and will keep you asleep. Whereas after a night of drinking I often find myself waking far before I want to because I’m dehydrated and my head hurts. Instead of throwing back beers that make me feel bloated, wine that makes me sleepy, or shots that make me make bad choices, I incorporate sativa into my nights out so that I’m more energetic and social.

The short term effects of cannabis are much more positive than alcohol, but we won’t be fully capable of understanding whether the long term effects are negative or positive unless we can research it more. And research comes after we, say it with me, break the stigma. 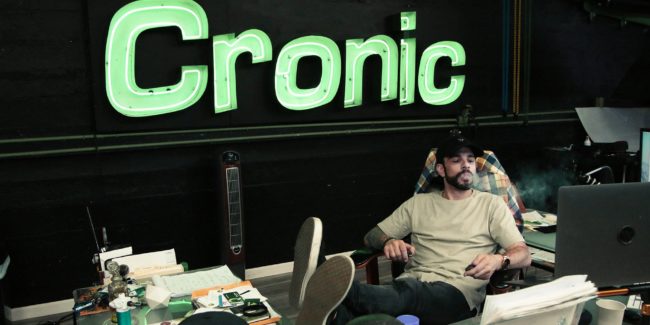 3 Things That Make Company Culture In The Cannabis Industry