3 Things That Make Company Culture In The Cannabis Industry

Sure, if you work at Google you might get breakfast, lunch and dinner. But can you get high? The Cannabis environment is unique in that it might be the only industry where it’s socially acceptable to do drugs at work. Ever wonder what it’s like to work in the cannabis industry? What type of rules and regulations are made when you’re working in this industry and how company culture plays a huge role in that? Well that is what I am here to tell you. 1. Getting High On Your Own Supply

“If it [marijuana use] helps our employees get work done, then we don’t care if they consume at work,” said co-founder of Flowhub, Kyle Sherman, in an article published by  Complex. Most jobs you could never get high at work, but in the cannabis industry many employers make an exception. With everything there has to be a time and place, especially when it comes to consuming cannabis at work. If your employees are taking one or two smoke breaks a day and using this time to discuss new ideas then that is where it would be socially ok. However, if this leads to them taking six or seven smoke breaks a day this is where a policy has to form. Wick & Mortar is a graphic design and creative agency, they work relentlessly at their desks creating what other people cannot, they do not have face to face meetings with most clients, making it ok for them to smoke once in a while. While if someone worked at a law firm in the cannabis industry their employer might not want their employees getting high at work. In this case, they are going to be meeting clients face to face all day and being high can create the wrong image. Smoking weed is often a group activity and it can lead to many benefits in company culture. This lets your employees get to know one another in a different environment and helps create a strong work environment. Taking a smoke break once in a while with a few coworkers lets them discuss topics they do not normally talk about while at their desk, learn more about what the other person thinks about so and so, and come up with new ideas. For example, during my internship at Wick & Mortar, it was acceptable for employees to take a smoke break once in a while. The CEO Jared Mirsky spoke about why he lets his employees consume cannabis once in a while during the day, “Cannabis can spark creativity and creative perspective emboldens one’s ability to expand beyond the norm. It is one of the fun perks of working in the cannabis industry and I don’t feel that it is that big of a deal. We don’t really do it until  the end of the day when we are winding things down. I would not allow it if I felt it would negatively impact my employees work ethic.” So yes, consuming cannabis is inherently a social activity that can benefit company culture with the right policies and rules set in place. In an article published by Forbes it was stated that “Millennials were  three times more likely than non-millennials to change jobs in the last year, and  91% didn’t expect to stay with their current organizations longer than three years.” The article also noted how employees nowadays believe that they are hired to do a certain position and once they have “mastered” that position they feel they can move on to a new job whether they spent 10 months or 10 years at that job. With so many start-ups, employees are at a high risk to jump ship when a better opportunity comes along. Creating employee loyalty is extremely hard in today’s world due to the fact that loyalty in general is quickly fading away in today’s modern era. Something I noticed during my internship at Wick & Mortar was the sense of community and loyalty between the CEO and employees. It was clear that it was not just about the pay for them, being able to consume cannabis once in a while at work, and being able to be as creative as they wanted helped persuade them to maybe either take a lower pay or work more hours because of the environment. When bringing in employees Mirsky said, “Just because someone is good at their job does not mean they are a good fit for the company. I look for people that I vibe well with and have common interests with. I want someone with a sense of camaraderie rather than someone who is comfortable. Making sure you spend time discussing employees goals is a huge part of it. Transparency is key, for example, I just hired an employee who was one of the first people I ever worked with. I think it is the environment and leadership that keeps my employee loyalty alive.” People always want what is new and what everyone else is talking about, making ‘FOMO’ (fear of missing out) at an all time high putting loyalty at an all time low. Working at a company that has already seen major success and can only continue to grow establishes a sense of promise which helps keep employee loyalty alive. Furthermore, employee loyalty might be different for people working at a dispensary or grow house. If an opportunity arises for them to work somewhere else that offers better pay or is more convenient for location purposes they might be quick to take that job, and leave the one they are at now. How cannabis companies can better retain employees is going to be different for each cannabis industry.

The war on marijuana has cost the US billions of dollars over decades, according to an article published by  High Times, there has been no conclusive evidence that cannabis will negatively impact your life. According to the Federal Government, we’re all criminals. Embarking on this new journey as a community is crucial. While everyone in the cannabis industry is competition there is also a sense of respect and community that goes along with it. Everyone is fighting against the same common enemy to better the world we live in. Having a common enemy creates a community where we all want to see one another flourish and become successful while also competing against one another. Mirsky spoke on this stating: “Until cannabis is mainstream and 100% legal federally you are going to see a community that helps one another, because [cannabis] has stemmed from activism people have to come together and ensure that laws were being passed and rules weren’t being broken.” The dynamics of company culture changes when you are in an industry that sells “drugs” or controlled substances. With all the laws and regulations on cannabis it can make people feel uneasy about getting involved in this industry, that is why this community continues to stick together and fight the battle against the Federal Government. Working with cannabis in any form in such a new and upcoming industry it is important to get the ‘right’ message out to the world, show all the god cannabis does everyday, and continue to educate consumers and people on cannabis. People come together when they have a common enemy. There is a sense of community in an industry that is fighting to legalize this plant.

Company Culture plays a significant role in today’s society, popular rap artists, like Migos and Cardi B are even naming their children and albums after it. In an industry that is on the rise company culture has never been more important. With numerous roadblocks and battles to fight the upcoming time ahead is crucial. Company Culture is not something your employees bring with them, it is something that is already there; whether it is a vision, symbol, meaning, anything within the company. Company Culture is not only important for good business but also helps retain clients in an industry full of new opportunities. Each individual and each company have the opportunity to decide what company culture is to them, there is no right or wrong definition. At Wick & Mortar, Mirsky and his employees felt strongly about their company culture and said “At one point we were all freelancers and now we are all working together. We are honest in two ways, internally with each other and with our clients. We don’t keep anything from our clients nor make excuses, we let them know the earnest truth for them to set expectations with. We are a cultured environment full of entrepreneurs that hold one another responsible and accountable while all bringing different ideas to the table.” So what does company culture mean to you? Breaking the Stigma: Cannabis is the New Alcohol 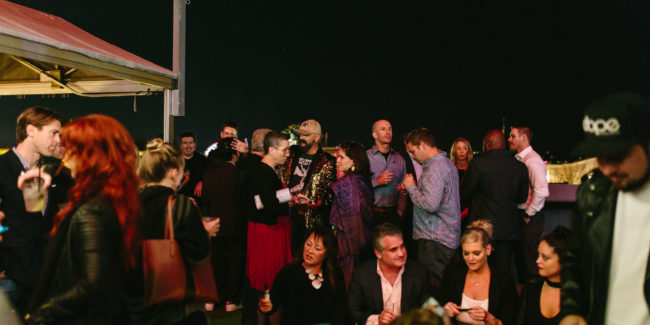